Skip to content
Previous Next
The White Plague by Franklin Herbert

The White Plague is a 1982 science fiction novel of bioterrorism and gendercide by Frank Herbert, creator of the Dune universe series. What if women were an endangered species? It begins in Ireland, but soon spreads throughout the entire world: a virulent new disease expressly designed to target only women. As around half of all humans die off at a frightening pace and life on Earth faces extinction, panicked people and governments struggle to cope with the global crisis. Infected areas are quarantined or burned to the ground. The few surviving women are locked away in hidden reserves, while frantic doctors and scientists, race to find a cure. Anarchy and violence consume the planet. The plague is the work of a solitary individual who calls himself the Madman. As government security forces feverishly hunt for the renegade scientist, he wanders incognito through a world that will never be the same. Society, religion, and morality are all irrevocably transformed by the White Plague. In this numerology research article, and, as part of our ongoing case study work to deeply understand what is happening numbers wise around important success moments in the lives of bestselling authors, we unpack the 365 Pin Code of The White Plague written by Franklin Herbert. Frank Herbert is best known for his Dune Series of Books.

Franklin Patrick Herbert Jr. (October 8, 1920 – February 11, 1986) was an American science-fiction author best known for the 1965 novel Dune and its five sequels. Though he became famous for his novels, he also wrote short stories and worked as a newspaper journalist, photographer, book reviewer, ecological consultant, and lecturer. He served in the U.S. Navy’s Seabees for six months as a photographer during World War II, then he was given a medical discharge. He married Flora Parkinson in San Pedro, California, in 1940. They had a daughter, Penny (b. February 16, 1942), but divorced in 1945. After the war, Herbert attended the University of Washington, where he met Beverly Ann Stuart at a creative writing class in 1946. They were the only students who had sold any work for publication; Herbert had sold two pulp adventure stories to magazines, the first to Esquire in 1945, and Stuart had sold a story to Modern Romance magazine. They married in Seattle, Washington on June 20, 1946, and had two sons. By the end of 1972, Herbert had retired from newspaper writing and become a full-time fiction writer. During the 1970s and 1980s, Herbert enjoyed considerable commercial success as an author. Herbert’s change in fortune was shadowed by tragedy. In 1974, Beverly underwent an operation for cancer. She lived ten more years, but her health was adversely affected by the surgery. Herbert’s change in fortune was shadowed by tragedy. He died of a massive pulmonary embolism while recovering from surgery for pancreatic cancer on February 11, 1986, in Madison, Wisconsin, age 65. 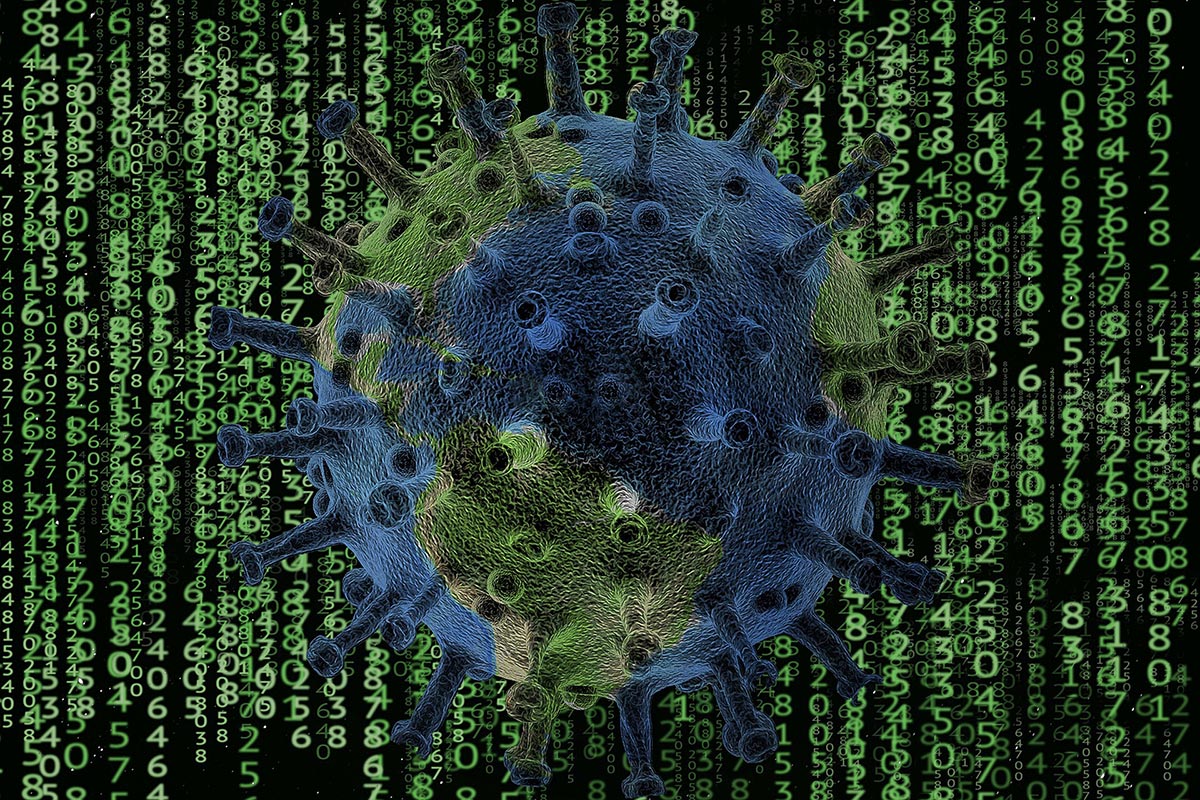 Given the hugely disruptive global impact that coronavirus Covid-19 is having right now (when will this all end?), we thought it prudent to place our focus this week on thoroughly understanding the 365 Pin Code of The White Plague written by Franklin Herbert. This means we will focus on 1982, the year this book was published, and we’ll have a look see at what fascinating lines of numerology code were in play that year for this internationally acclaimed bestselling author. 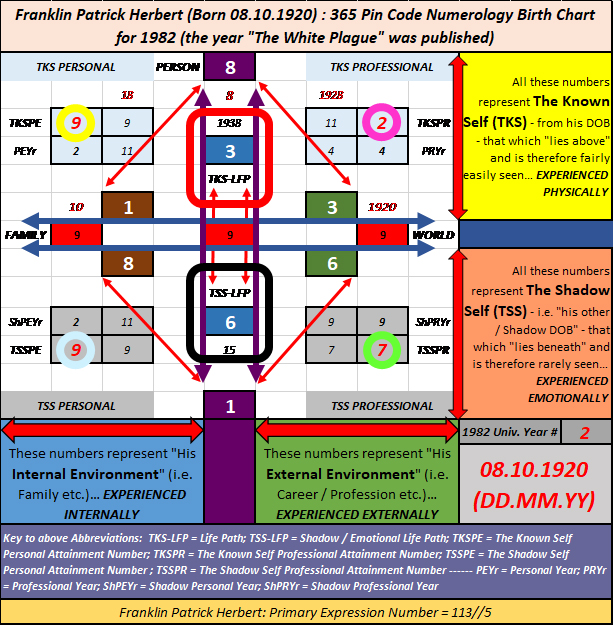 What is fascinating about the above chart is the positioning of the 3’s. The Number 3 deals with communication, creativity, self-expression, the imagination etc. In other words, the number 3 naturally links with the world of science fiction novels. And so, where does the number 3 present itself in the above birth chart for Frank Herbert?

In his Life Path Number [this is very significant; see TKS-LFP, 1938 = 1+9+3+8 = 21 = 2+1 = 3; otherwise expressed as Life Path Numerology Sequence 1938//21//3!]. This means his entire life path journey would have been dedicated to aligning himself to the number 3 energy or vibration. No wonder “things worked out in a way” that allowed him to turn his hand to writing. Actually, this was no coincidence. When we intelligently align ourselves with our Intelligent Mathematical Blueprint (IMB) as revealed through 365 Pin Code Analytics, our natural gifts start to flow, easily and effortlessly. This lowers our internal resistance and as resistance reduces or is lowered, so our ability to create success, improves! Then, being born in the YYYY 1920 [1920 = 1+9+2+0 = 12 = 1+2 = 3; otherwise expressed as World / Career Numerology Sequence 1920//12/3] means the number 3 also appears as being his “most natural profession.”

Why was 1982 coded to be “the year” when The White Plague was published?

1982, the year The White Plague was published, was a Number 2 Universal Year [1982 = 1+9+8+2 = 20 = 2+0 = 2]. Knowing this allows us to then take a careful look at his birth chart, and where do we see the number 2 presenting itself? It presents itself as his Professional Attainment Number [TKSPR 11//2; top right corner]. So, 1982 would always be “the year” when its number 2 energy would naturally synch with his TKSPR No [Birth DD + Birth YY = 8+1920 = 1928; see how similar the numbers are when compared to 1982; identical but for the 8 and the 2 which have been switched around]. No wonder he produced such an amazing book that year. It was always meant to be because it sat hardcoded within his numbers.

The full birth name, Franklin Patrick Herbert, has zero 4’s. This numbers therefore constitute his ONLY Karmic Lesson [4: Work; Focus; Discipline; Law & Order; Systems; Planning etc.]. Given his one karmic lesson, he had a Subconscious Self Number 8 [9-1=8]; The powerful, highly organised one. Importantly, his Balance Number is 21//3, the exact same numerology number sequence as his life path. Therefore, whenever he was fully connected with his 3’s, he would have been in a tremendously balanced state. Everything about this man was coded to be a writer, and his sunk or shadow professional 7 provided the ability to journey beyond our world, into the cosmos if you will, where the mind can synch with what most people call “fantasy.” His Number 5 Expression Number [113//5] speaks to the desire to push boundaries, to go beyond the limits, because that’s what 5’s do – they are always seeking more…

In the opening few paragraphs we made mention that: “During the 1970s and 1980s, Herbert enjoyed considerable commercial success as an author. Herbert’s change in fortune was shadowed by tragedy. In 1974, Beverly underwent an operation for cancer. She lived ten more years, but her health was adversely affected by the surgery. Herbert’s change in fortune was shadowed by tragedy.” In the 1974 line of code, within the numbers blocked off in RED, note the two 3’s. The impact of her cancer operation had, for him, life path significance. Note all the red squares in his 1973 line of code, this indicates extreme endings (double 9’s; 9-11’s) which link perfectly with his Personal Attainment Number [TKSPE No9] and his Shadow Personal Attainment Number [TSSPE No9]. All this reveals the enormous impact Beverley’s cancer had on him, personally, both physically and emotionally. 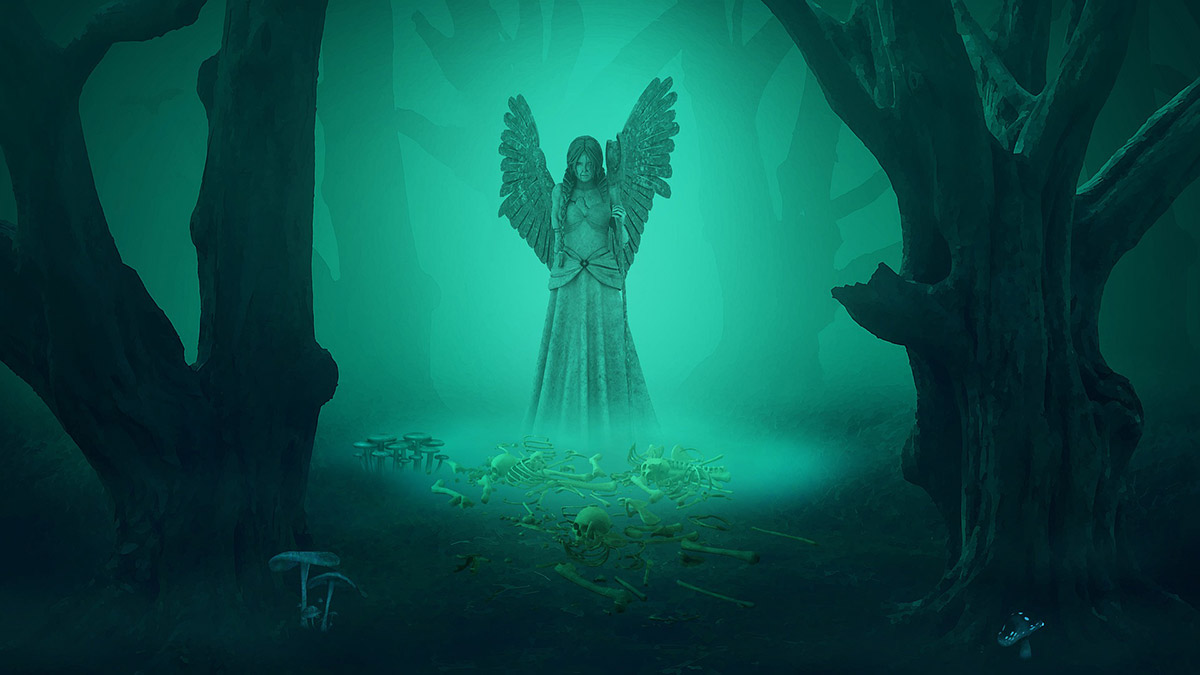 Now we turn our Attention to 1982, the year The White Plague was published

In the dark purple blocked off area, lies Frank Herbert’s 365 Pin Code data string for 1982. His Annual Experience (AEN) number for 1982 is the RED 7. If you look at the RED 7, you will notice that above it, in 1981, is a RED 5 (i.e. 5 is his AEN for 1981), and below it, in 1983, is a RED 8. The AEN 7 of 1982 occurs only once and is “sandwiched” if you will between the 5 above and the 8 below. Whenever we see an AEN occurring but once, we immediately know that whatever was coded experience wise for that year, would be felt with maximum impact. As you will hopefully recall, the number 7 vibration is Frank Herbert’s shadow or sunk professional attainment number. Whenever an attainment number is experienced, especially in concentrated format, it delivers a significant result, either positive or negative depending on how the life has been lived and the skills / gifts used. In this instance, the result was superbly positive, the outcome being, The White Plague. A story whose intention was to shock our consciousness into a deeper understanding as to the true nature of man. The story also serves to remind us that our every action brings about an equal and opposite reaction (i.e. The Law of Karma) and urges us think about the ripple effect of our actions. 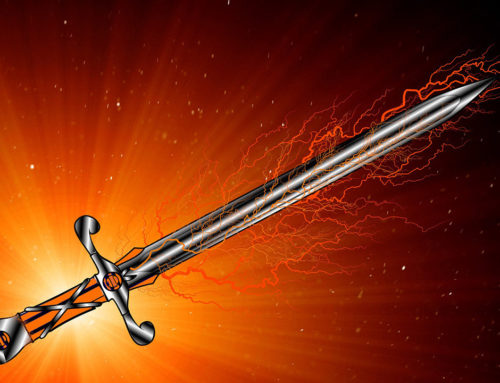 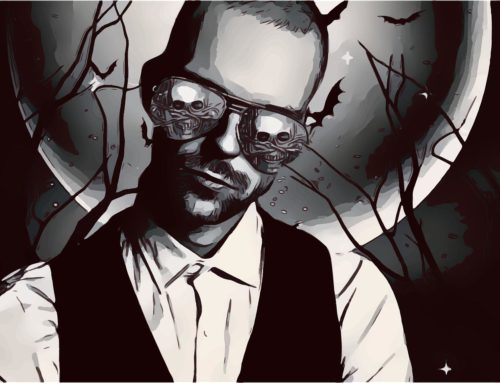