Skip to content
Previous Next
Stress, the Good, the Bad and the Ugly

Stress: The Good, The Bad, & The Ugly

Princess Grace of Monaco once said that gray hair is inherited …. one inherits it from one’s children! She might have also referred to her graying tresses as her “stress highlights”. Stress, our modern day curse. Stress (as a noun) is defined as “a state of mental or emotional strain or tension resulting from adverse or very demanding circumstances”. As a verb, stress is defined as “subject to pressure or tension”.  So, what is stress? 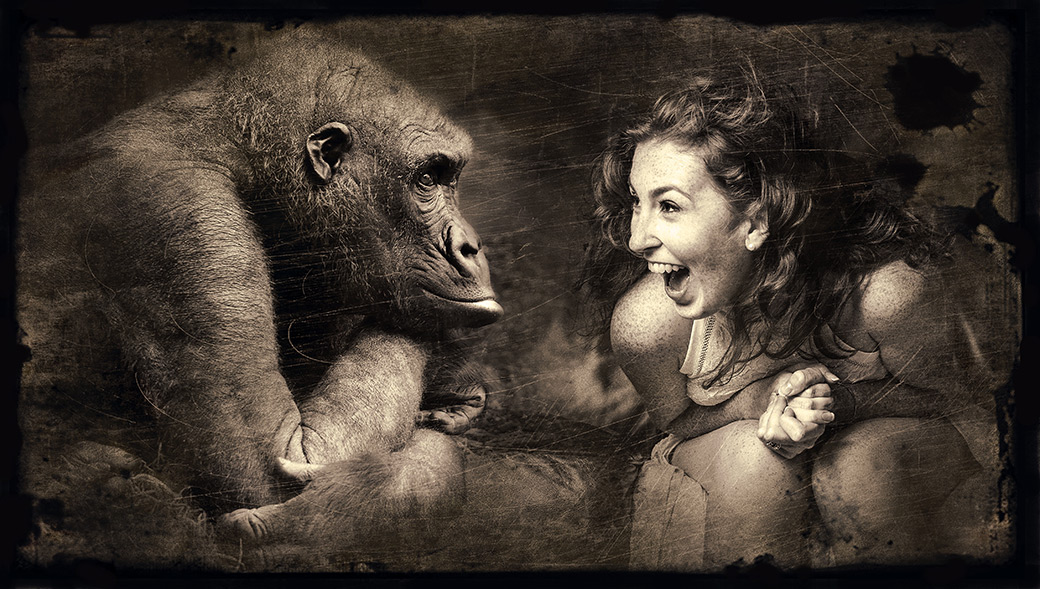 The stress-response system is a natural, highly adaptive survival system

Dr. Robert Sapolsky who studied baboon and primate troops on the savannahs and woodlands of Africa, tells us that “the stress-response system is a natural, highly adaptive survival system”. Imagine this: an adolescent impala buck is grazing somewhat separated from his herd (we all know how adolescents need to push their boundaries). While grazing on some juicy green stalks that have sprouted after the last rains, he becomes aware of a shift in the wind. He raises his head and catches the whiff of a cheetah hiding in the tall grass nearby. The impala’s stress response system (the “fight or flight” response) which is regulated by the sympathetic nervous system, floods the body with adrenaline and cortisol which signals the organs and digestive system to shut down in order to divert all energy from non-essential processes such as digestion, reproduction, and immunity, to the large muscles and extremities. His respiration increases, his circulatory system jacks up its pace, his vision becomes more narrowly focused, and he becomes fixated on immediate survival. Once the impala’s bob and weave tactics outmaneuvers the cheetah, his body returns to a balanced state called “rest and digest” (regulated by the para-sympathetic nervous system), and he continues grazing, this time closer to the herd where he is more protected. 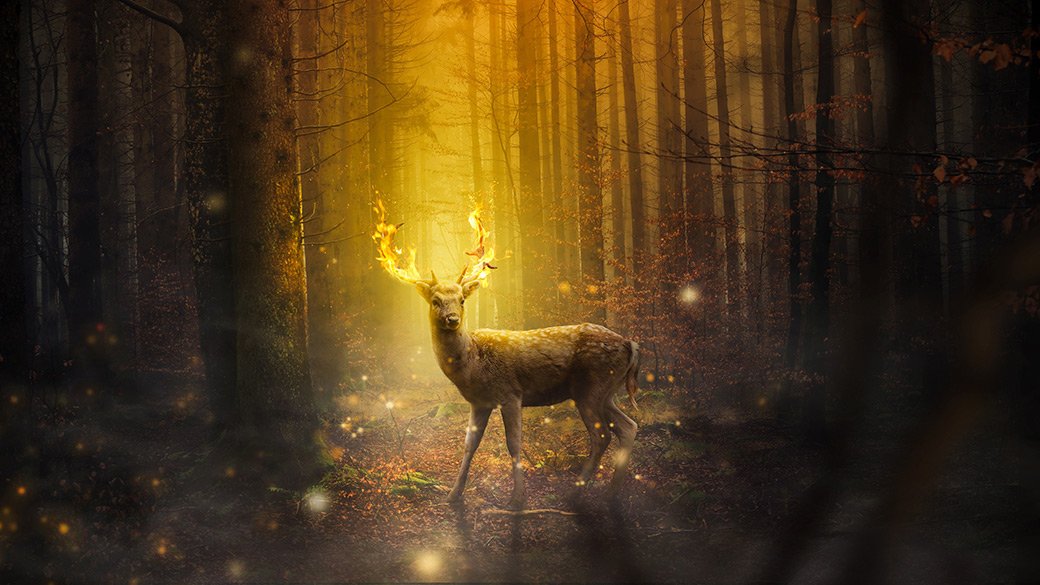 In this example we see that short-term stress is not only good for survival, it also boosts performance and actually bolsters the immune system. Short-term stress forces the mind to prioritize and organize tasks. According to the research, the anxiety felt during short-term stress not only helps us to recognize danger, it also clobbers us into finishing tasks that are important. This anxiety is actually excitement, and is the body’s natural caffeine, because it increases energy, improves alertness, motivates us, and enhances reaction time. This short-term stress is also called positive stress or eustress. Initially the impala felt distress (anxiety) at the very real possibility of becoming lunch to the cheetah, but that distress (manifested as flight) turned to eustress (excitement) once it realized that it had out-maneuvered the cheetah.

Distress is the anxiety we feel when tasks are overwhelming. This type of stress leads to a decrease in performance and often results in depression.

The Biology of Stress

In order to protect us from danger, the body’s survival system (stress response) is equipped to pull the appropriate tools from its toolbox to give us a better chance of survival. These tools include the fight, flight, freeze, or submit responses. The survival response relies on the autonomic nervous system, specifically the sympathetic nervous system (SNS), which in turn signals the endocrine system. The SNS increases heart rate, blood pressure, and respiration rate. It pulls the bulk of the blood away from non-essential organs such as the digestive tract, the reproduction organs, and the immune system, redirecting it to the large muscles and extremities. The parasympathetic nervous system (PNS), the body’s “rest & digest” system, is put on the backburner.

The freeze response involves activation of both the SNS and PNS, which can be compared to stepping on both the gas and brake pedals simultaneously – the engine is revving through the roof but going nowhere. In the freeze state, all available energy is directed to the mind, which is hyper-vigilant and aware of the danger, while the body remains immobile. The emotion associated with this state is terror.

The submit response is a dissociative response which can be compared to an animal in the wild “playing dead”. This response activates the dorsal vagal complex (DVC) which is an unmyelinated, more primitive branch of the vagus nerve, also known as the “vegetative vagus”. The DVC is found in the PNS. The DVC shuts down the body’s active defenses, and lowers the heart rate and blood pressure. The body produces endogenous opioids which mediates pain and alters the victim’s sense of time, place, and reality. The victim thus avoids enraging the aggressor further, while disconnecting from the pain associated with the attack by “playing dead”.

Unfortunately, humans who live under chronic stress rarely experience a smooth return to a balanced state, the state of homeostasis, the way that the impala was able to. Dr. Joe Dispenza, speaker, author of multiple books including “Becoming Supernatual: How Common People Do the Uncommon”, says that “living in stress is living in survival”. The body and brain are knocked out of homeostasis and therefore, are unbalanced. In this state the focus is narrowed onto the material world (cannot see the forest for the trees). The physiology of the body is switched from mostly “rest and digest” to “fight or flight”/emergency mode. The senses are heightened so the individual feeds off the arousal, he has more energy to get stuff done (adrenaline and cortisol), and he connects to people because of the oxytocin (the bonding hormone) that also gets released in chronic stress cases. In acute stress instances, the oxytocin may help the victim to look for assistance from others. Now, here is the stickler: The reason why stress is so rampant in our society is mainly because people become addicted or habituated to the hormones of stress. Dr. Joe Dispenza describes it as follows: “The arousal of those chemicals give you a rush of energy and people tend to associate that rush of energy with feeling something. So, they start using the problems and conditions in their life to reaffirm the need for that rush of energy.” 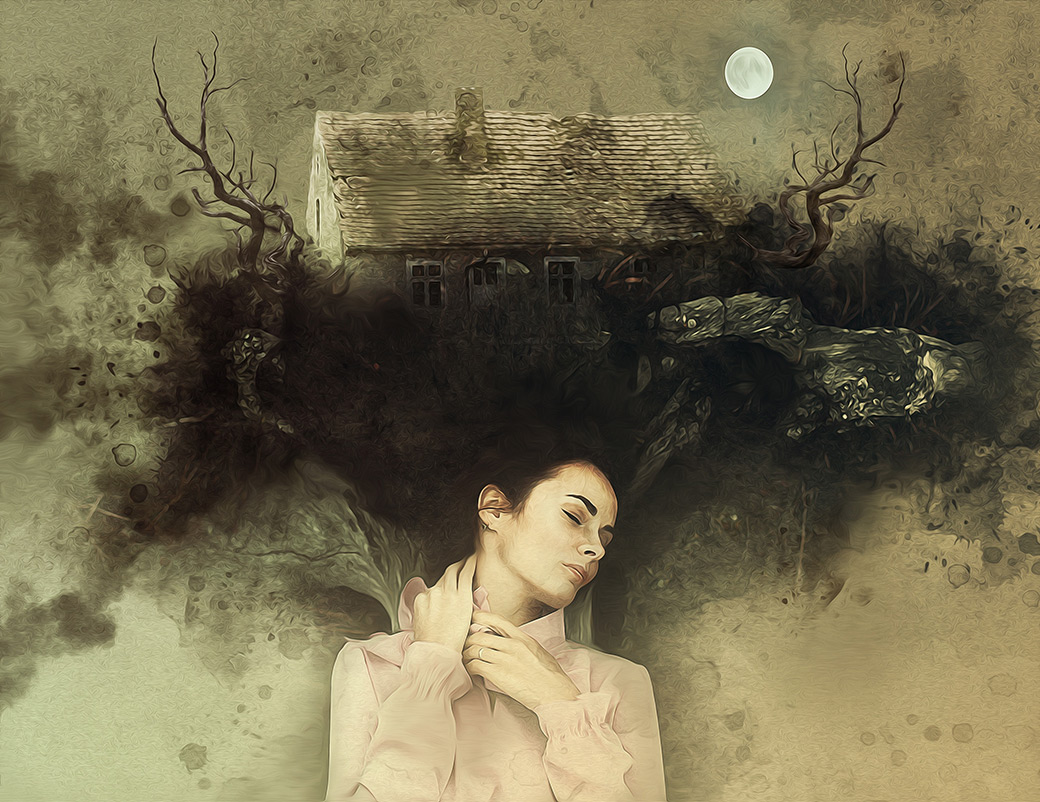 Emily Fletcher, founder of Ziva Meditation, speaker, and author of “Stress Less, Accomplish More: Meditation for Extraordinary Performance”, bluntly states that stress makes you stupid. Allow me to paraphrase what Emily states so eloquently. When you cannot find your keys, wallet, or glasses, only to find them in your hand, your pocket, and on top of your head, you are operating in an acute stress state. Your digestive system floods with acid and shuts down. The acid will also seep into your skin so that if you are bitten by a predator, you don’t taste very good. Your blood will start to thicken and coagulate to minimize bleeding in case you’re wounded. Your vision narrows (loss of peripheral vision) so that you can stay focused and not be distracted from your opponent/target. Your bladder and bowls will often evacuate (the nervous pee or poop before a match or presentation). The raised levels of adrenaline and cortisol increase acid in the body, which leads to digestive problems, fertility problems, erectile dysfunction, abdominal fat, sleeping problems, premature aging, premature atrophy of the brain, and becoming a petri dish for cancer cells to proliferate. Your immune system also gets shut down. In chronic stress the fight or flight systems become maladaptive. All your energy goes into surviving and that diminishes your performance abilities, as well as your ability of fight off disease.

Dr. Gabor Mate, physician and author of multiple books including “When the Body Says No: The Cost of Hidden Stress”, tells us that chronic stress may be transmuted into illness through powerful emotional stimuli. This is especially true of stress experienced during early childhood, because this pattern is programmed so deeply within the subconscious mind that it is mistaken as being part of the core self. Most modern day stress is not caused by dodging proverbial sabretooth tigers, fighting wars, or fighting for our lives, but by how we perceive, interpret, and react to incidents that happen around and to us. This stress is emotional. So, how do these emotions affect our health? Dr. Mate says that emotions are electrical, chemical, and hormonal discharges of the nervous system. These emotional discharges travel throughout the body and brain and affect the functioning of the major organs, the digestive and immune systems, and homeostasis in general. When emotions are repressed, which often happens when processing stressful situations, the body’s defenses against illness also get repressed. Dr. Mate defines emotional repression as “dissociating emotions from awareness and relegating them to the unconscious realm”. He continues by saying that repression disorganizes and confuses physiological defenses causing them to go awry. Auto-immune diseases are a perfect example of this phenomenon.

So, what is a stressed out human doing to do to grope his way out of a modern day stress pit? The short answer is to become a human being again. Dr. Joe Dispenza says that when we are under stress we become materialists in a material world with a very narrow focus. We are so involved in feeling every little emotion and then we confuse that with being alive. How do we go from doing to being? Here are a few tips:

So, let’s just relax and chill and have a good laugh! Stress is the confusion created when the mind must override the body’s basic desire to choke the living daylights out of some fool who desperately deserves it! If you’re holding a stick and you realize that everyone reminds you of a piñata, the stress may be getting to you! If any of this sounds familiar, it’s time to lace up your running shoes and get out into nature. And when you’re out there, close your eyes and breathe deeply.

Stress and Your Body by Robert Sapolsky Ph.D

When the Body Says No: The Cost of Hidden Stress by Dr. Gabor Mate

The Neuroscience of Stress – Ziva Meditation by Emily Fletcher

How to make stress your friend by Kelly McGonigal