Madison paced nervously up and down the confines of the locker room. Her mind was racing, breathing shallow and fast. “I have to get a hold of myself!” she chastised herself. “It’s only a game. Portia may have beat me before, but she won’t psych me out this time!…… I hope …. Damn, she’s getting into my head again!!” She sat down on the hard bench, closed her eyes and forced herself to breathe slowly and deeply.

The smell of locker room disinfectant irritated her nostrils as she breathed in deeply, making her sneeze. Madison dug through her bag for a tissue. Her fingers found the charm bracelet her parents gave her for her 16th birthday and she remembered the tennis racket charm that she was saving up to buy. She went into a stall, grabbed toilet paper and blew her nose.  Good distraction. Madison felt calmer, more in control. “I’m strong. I’m calm. My feet are grounded into the earth. I play my game. I turn my shoulders back. I reach my arm back with the racket low. My head is down and still. My follow-through is long! Heart tells head tells body!” 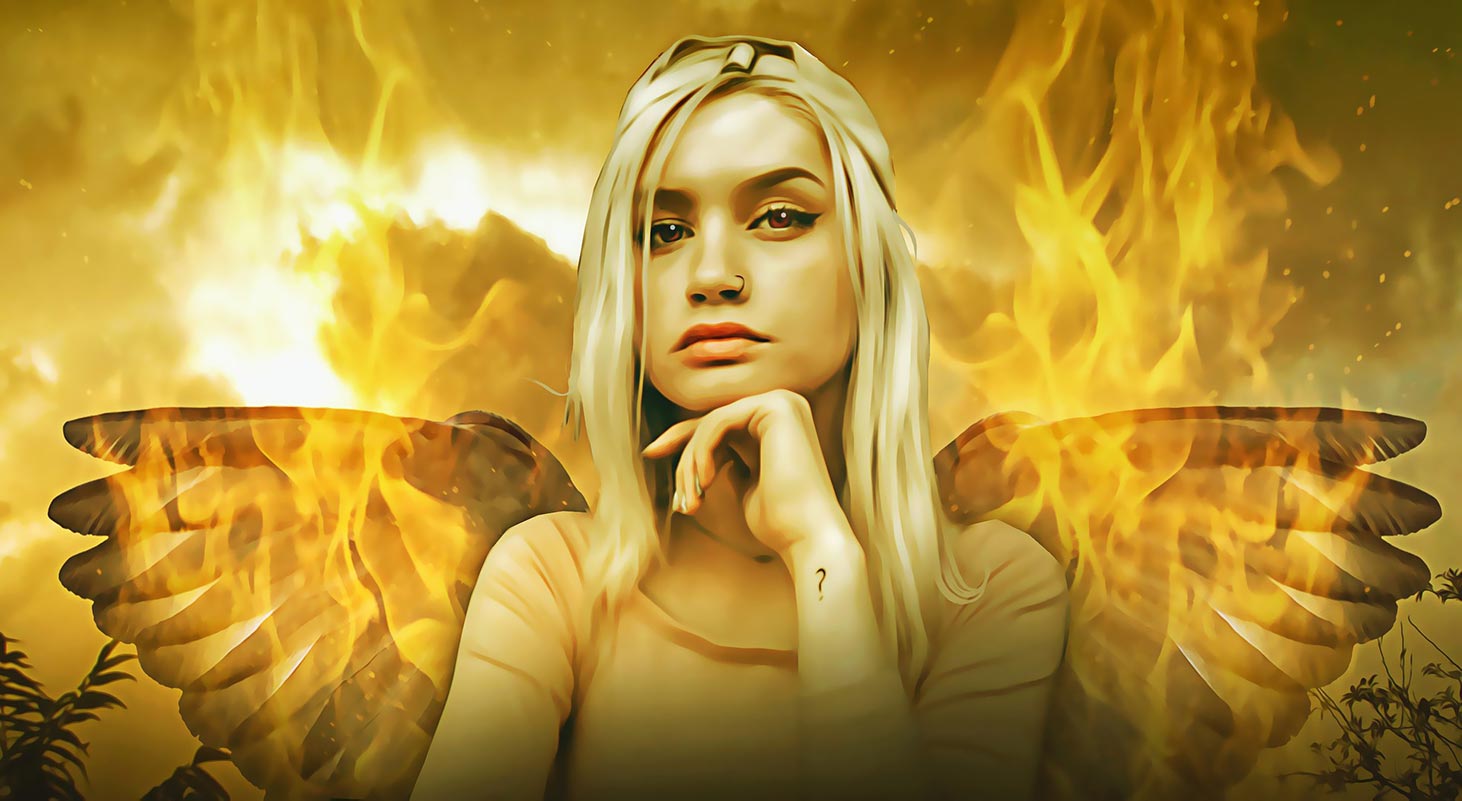 What Portia lacked in natural tennis ability, she made up for in the drama of the head games she played with her opponents. She would keep her towel at the edge of the court and use it between every single point. She’d wipe her hands, arms, face, neck, racket, even her legs for the maximum time allowed between points. She would walk very slowly and contemplatively between court changeovers and never be the one to return first after breaks. Oh, the famous shoelace routine! She would tie her shoes at least twice during a match. For added effect, she would cut one shoelace almost through before the match, and then be sure to break it during one of the lace tying routines. Ufff, the drama of finding another shoelace mid-game!!

When serving, Portia would bounce the ball at least seven to eight times, look up as if to serve, then bounce it again. This ritual was repeated two to three times before each serve. Portia loved hoarding as many balls as she could on her side of the court. The reason for this was because when it was her opponent’s turn to serve and Portia had the balls, she would throw or hit the first ball softly towards her opponent, and then hit the second ball harder, so that both balls arrived at the same time. The opponent would have difficulty trying to catch both balls at the same time, leaving her feeling klutzy and inept. Mind games, so much more fun than the game itself!

Madison won the first set 6-4. The second set was tied at 6-6. Portia was serving first in the tie-breaker. Madison did her hyper-oxygenation breathing exercise while Portia went through her little rituals. Turn back, reach, head, follow-through.

Portia was a serve-and-volley player who intimidated her opponent by rushing to the net. Portia served hard and wide, rushed to mid court for the expected approach shot, but Madison lobbed the ball over her head into the corner. Madison’s smile aggravated Portia.

As Madison relaxed into her game, Portia became more stressed. She screeched with each ball she hit, and hit the ball as hard as she could from the net into Madison’s body. Madison just side-stepped them. Out! Madison kept on hitting the ball deep, not allowing Portia to approach the net. She used high heavy topspin, floating slices, low skidding slices, low and hard winners to Portia’s feet to keep the pressure on. Portia’s screams every time she hit the ball sounded like a pressure cooker releasing steam. Every point went Madison’s way.

Portia thundered off the court without thanking the umpire or congratulating Madison. She grabbed her equipment and stumbled towards the locker room. Madison graciously shook the umpire’s hand, collected her things, and walked towards the locker room. Some young kids asked her to sign their tennis balls, while others rained congratulations and good wishes onto her. This was a good day! She found her calm heart, head, and body midst a grueling, hard-fought match against Portia who had always intimidated her.

As Madison walked into the locker room, she was momentarily blinded by the difference in light intensity. She stumbled over something and would have slammed face first into the locker room bench had she not swung her bag out in front to block her fall. As she scrambled to her feet, she heard Portia giggle behind her. “Not very champion-like now, are you?” 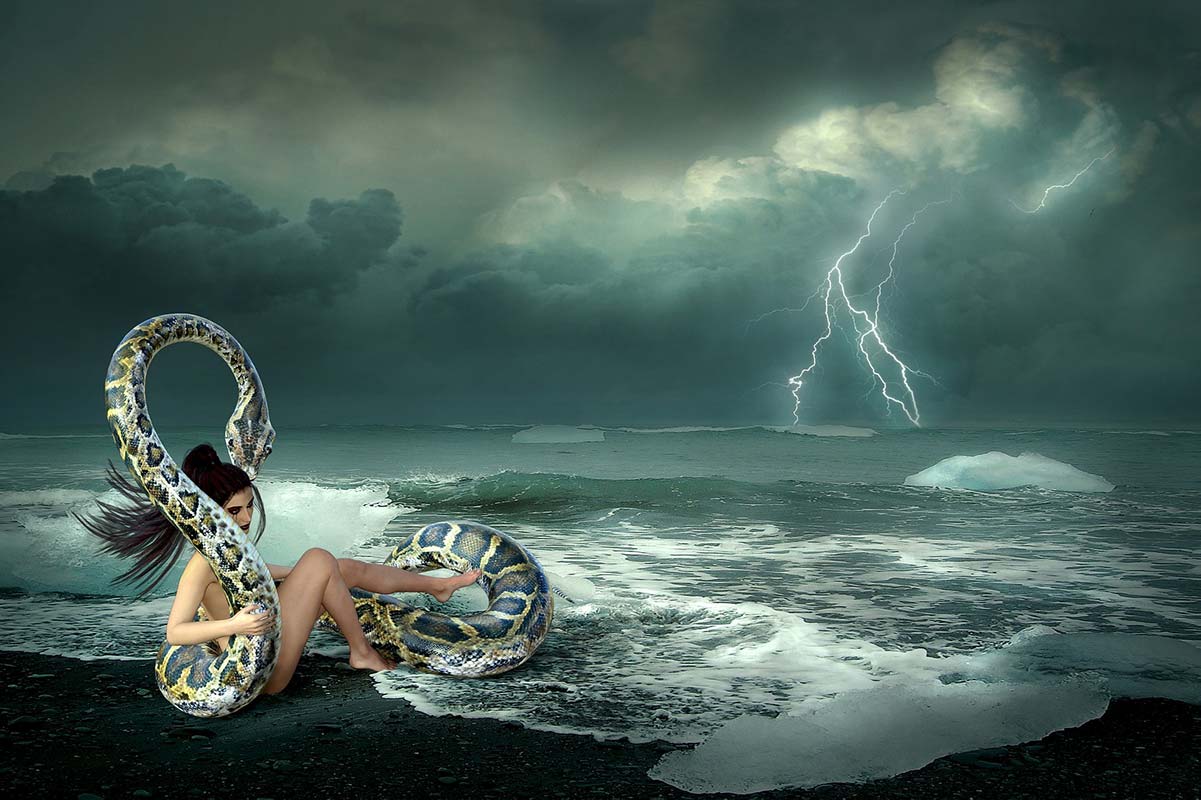 Madison pulled herself to her feet and turned around slowly. “You know Portia, you are an energy vampire who is emotionally so immature that all you can do is suck the life out of every person around you. Your insecure, jealous, whining, manipulative, drama queen ways just accentuate your low self-esteem. You won’t ever be a great tennis player especially not if you don’t stop trying to win by manipulating and blaming others. Learn to take responsibility for yourself first and then learn to love the game, Portia, not play the player.”

Lying in her bed, lights turned off, Madison couldn’t sleep. She felt so light and buoyant, so alive!  She stroked the charm bracelet around her wrist and played with the new tennis racket charm that her parents gave her for winning the junior tournament. She remembered the quote by Boris Becker that her dad wrote on the card that accompanied the charm: “I love the winning, I can take the losing, but most of all, I love to play”. Madison loved to play. 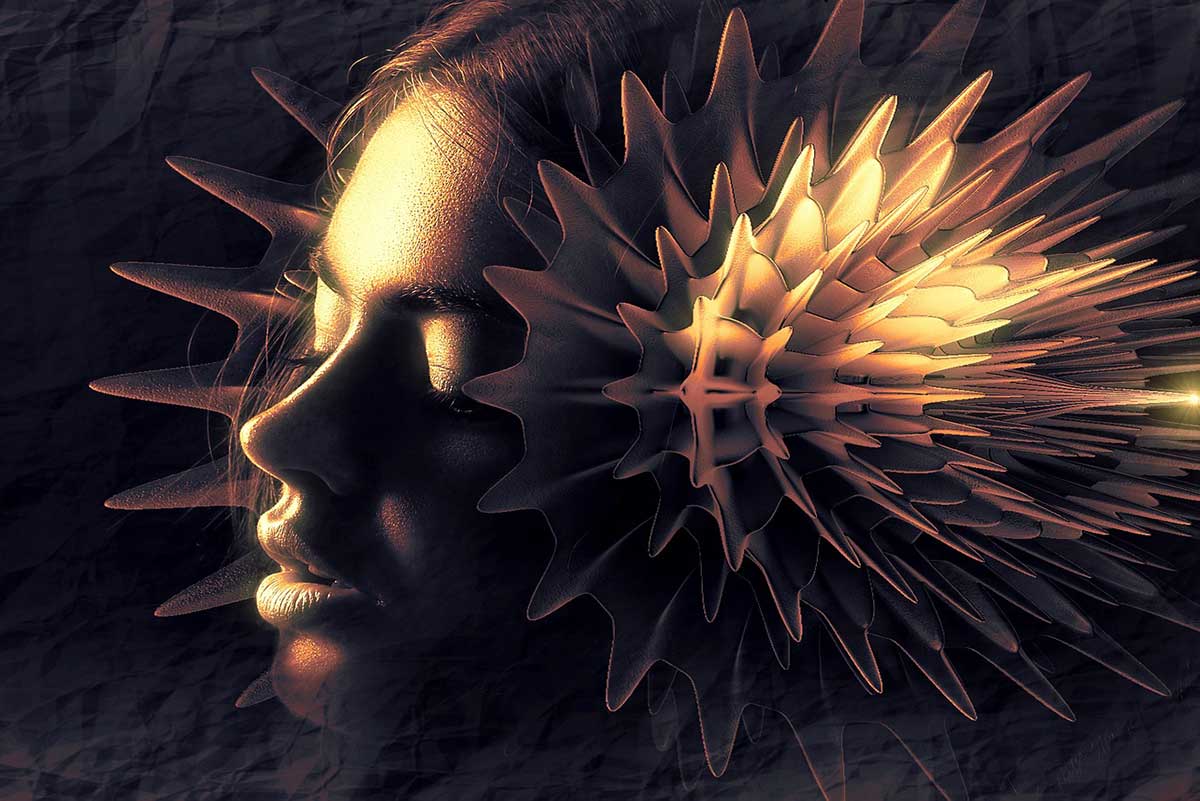 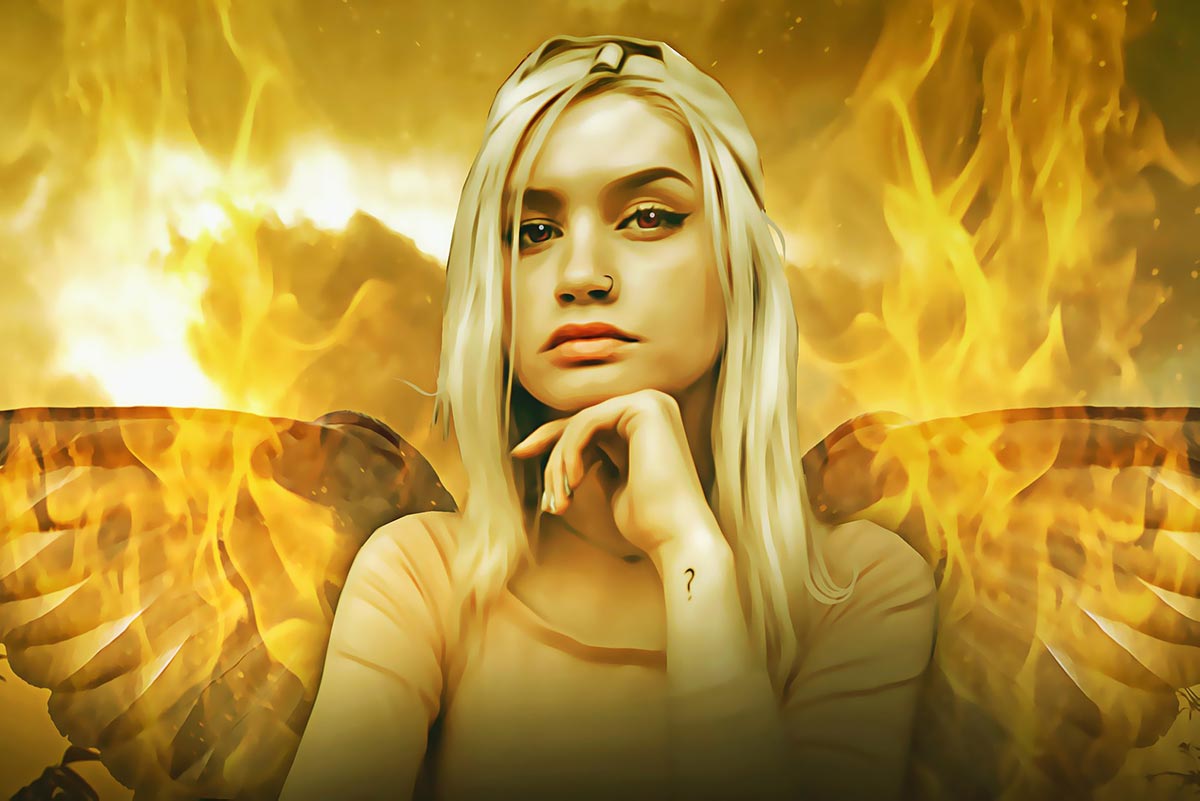 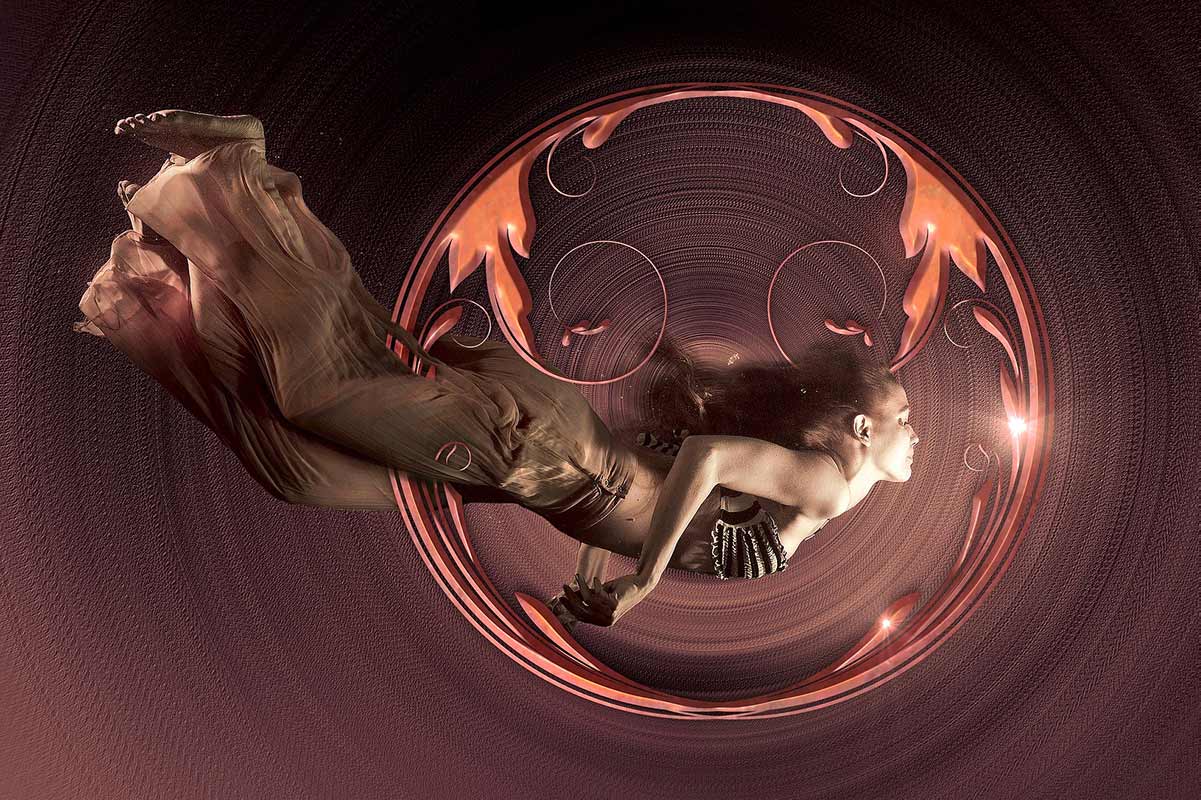 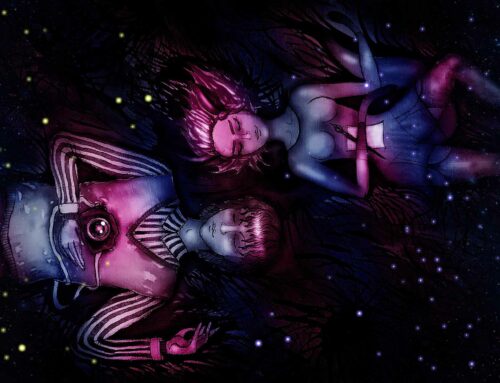 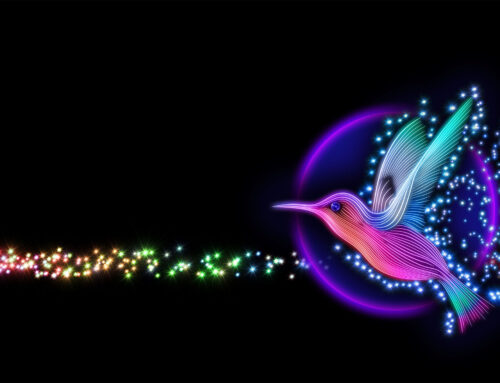