A Stitch In Time Saves Nine

What is Graphotherapy? Graphotherapy gives us the ability to modify strokes in our handwriting in order to change personality traits that don’t serve us well.  Why graphotherapy? Graphotherapy gives us the opportunity to influence the brain by expanding concentration skills, clearing up working memory space for higher cognitive functions, and to stimulate better communication between the brain’s two hemispheres.  It is common knowledge that perfect practice makes perfect. Being willing is not enough, we must do. How?  Give me a moment to go technical on you before we get to the practical stuff.

We will look at motor skills and how they develop, and then we will look at how handwriting influences working memory.  The importance of the Corpus Callosum, the bundle of nerves that connect the brain’s left and right hemispheres, and how to develop it, is next on the list.  We will also look briefly at learning disabilities, as well as the connection between ambidextrous fine motor skill development and behavior.  And finally, we will look at how important rhythm is for both the brain and the body.  So, let’s get technical: 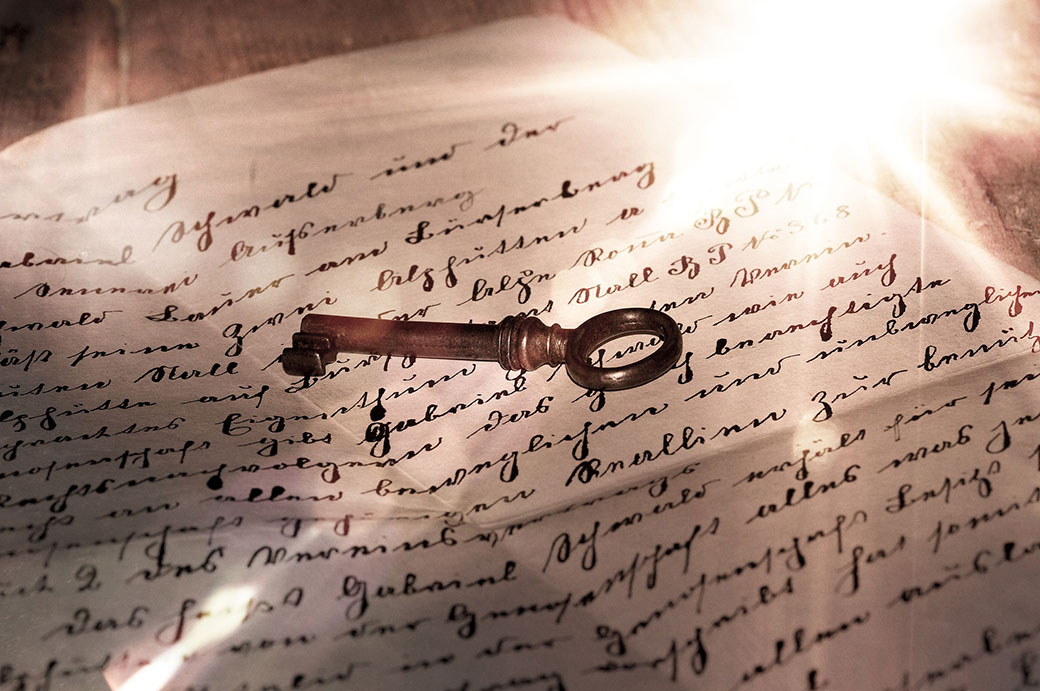 The Brain and Fine Motor Skills

Handwriting is a complex fine motor skill that consists of the contraction and relaxation of muscles as directed by the brain and nervous system via the spinal cord.  In humans and primates/great apes that use tools, a special set of cortico-moto (CM) neuronal cells developed that directly control the spinal cord motor neurons.  These nerve cells control the contraction of the shoulder, elbow, and finger muscles.  This direct connection from the motor cortex to the CM neurons is not present at birth, but starts developing during the first few months of life, maturing around age 2.

Motor skills are learned, starting in infancy. At first, the proximal gross motor skills such as crawling, balancing, walking, grasping (a CM neuron task), eye movements, etc. are developed. Then follow the fine motor skills which include distal skills (skills produced at the extremities) such as handwriting (or foot-, or mouth writing), or playing the violin or piano.  Fine motor skills involve precise muscle control and are learned once gross motor skills have been mastered (around 5-6 years of age).  Other sensory and fine motor skills involved in handwriting include good hand-eye coordination and the proper focusing of the eyes, called binocular teaming.  This requires proper integration between the left and right hemispheres and, among others, the brain structures involved in the three R’s (Reading, wRiting, aRithmetic), such as the Inferior Parietal Cortex (IPC).  The IPC is highly specialized for numbers, space, writing, and the fingers, because it is the convergence area of data streams from vision, hearing, and touch.

When handwriting is executed laboriously and with difficulty, more working memory has to be dedicated to the act of writing, leaving less space for higher cognitive functions such as thinking, analyzing, calculating, creativity, and outside-the-box thinking.  Note that working memory can only hold 7 units of information on average (it varies between 4-11 units) at any given time.  Taking notes while listening to the teacher and reading what is written on the blackboard is very difficult for students whose writing isn’t completely automatic.  They become tense because they force themselves to speed up, resulting in handwriting that is illegible, even to the writer him/herself, and notes that are incomplete.

The key to peak mental performance is a highly integrated brain.  This means that both hemispheres function in synchrony and symmetry.  Hemispheric dominance shifts from the left to the right hemispheres in cycles of 90 to 120 minutes and back again.  For a short period of time during the shift in dominance (for approximately 20 minutes), both hemispheres are equally balanced, resulting in a fertile period of creativity and lateral thinking where mental performance peaks – two brains (working in synchrony) are better than one!

In order to maintain these peak performance periods for longer intervals, the corpus callosum (the bundle of nerves that unite the two hemispheres) needs to be developed.  The corpus callosum of lefties is 11% larger than righties. Southpaws are usually also better at visual-spatial tasks, creative imaginative tasks, and mathematics due to the better communication between the hemispheres. 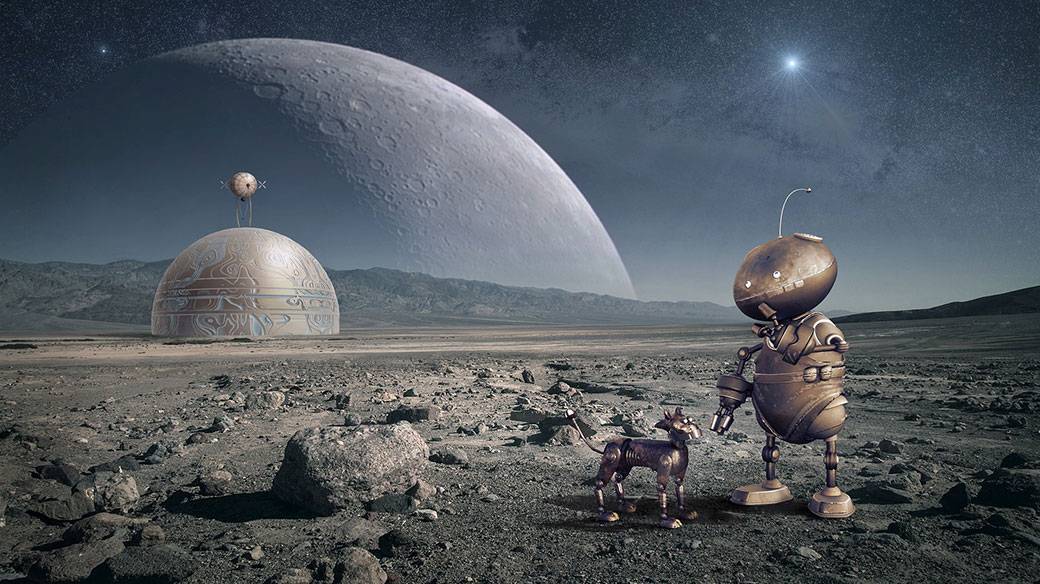 In order to process sensory information efficiently, processing speeds and inter-hemispheric interaction should happen relatively fast.  Slower and inefficient processing speeds are often manifested in motor skill deficiencies.  Coordinated rhythmic movements which are executed smoothly are the outward manifestation of good integration and precise timing between the two hemispheres and the cerebellum at the base of the brain.  Uncoordinated, rigid, and halting movements indicate poor sensory and hemispheric integration which can manifest itself in learning disabilities.  Disorders such as ADD/ADHD are a result of slow cognitive timing, processing speed, and uncoordinated reaction time.  Dyslexia has been tied to processing problems between the right lobe of the cerebellum and the left hemisphere where language is processed.

A word of caution:  Non-determined handedness, left-handedness, or cross-laterality (different dominant eye, hand, and foot) are not the cause of learning disabilities or difficulties (ADD/ADHD; dyslexia; dyscalculia).  However, they do appear in addition to these disabilities, probably because the gross motor skills were not developed properly.

In the last few generations, penmanship as a subject has just about disappeared from the school curriculum.  Just as art and physical education, it is seen as a fluff subject and is the first to end up on the cutback chopping block when priorities shift.

In Mexico, the government of President José Guillermo Abel López Portillo (1976 – 1982), mandated that it was no longer necessary to teach cursive writing in schools, public or private.  This resulted in a generation of children who never learned cursive writing, to read it or to write it.  Those with fast minds found a way around the stop-and-start motion of printing by connecting certain letters, resulting in a mixed style of writing.  We still need to study the consequences of this move, but informal observations are pointing in the direction of impulse control issues with pathological incidents of anorexia and bulimia at the far end of the spectrum.

Remember the famous “marshmallow experiment” from the 1960’s, where a group of four year olds were told to delay gratification and wait 15 to 20 minutes before eating the marshmallow/cookie/pretzel stick that they selected from a tray of treats?  If they were able to wait, they would receive a second treat of their choice.  Years later, those who could not delay gratification were more likely to have behavioral, attentional, and social problems, struggle in stressful situations, and also had lower S.A.T. scores (210 points lower), than those kids who could delay gratification.

In Ireland a study found that those children who do penmanship exercises on a regular basis, develop better concentration abilities and patience in other academic subjects.  The reason for this is that their writing flows automatically without occupying valuable space in working memory.

Researchers have established that fine motor control and self-control (emotional and impulse control) are deeply intertwined.  Therefore, handwriting exercises (a fine motor skill) will positively influence self-control and all its components (emotion, behavior, attention, learning, etc.).  The execution of fine motor skill abilities requires concentration and focus, which in turn serves as a brake for impulsiveness.  By doing the repetitive fine motor exercises, children learn the discipline and patience needed to delay gratification and control their impulses. 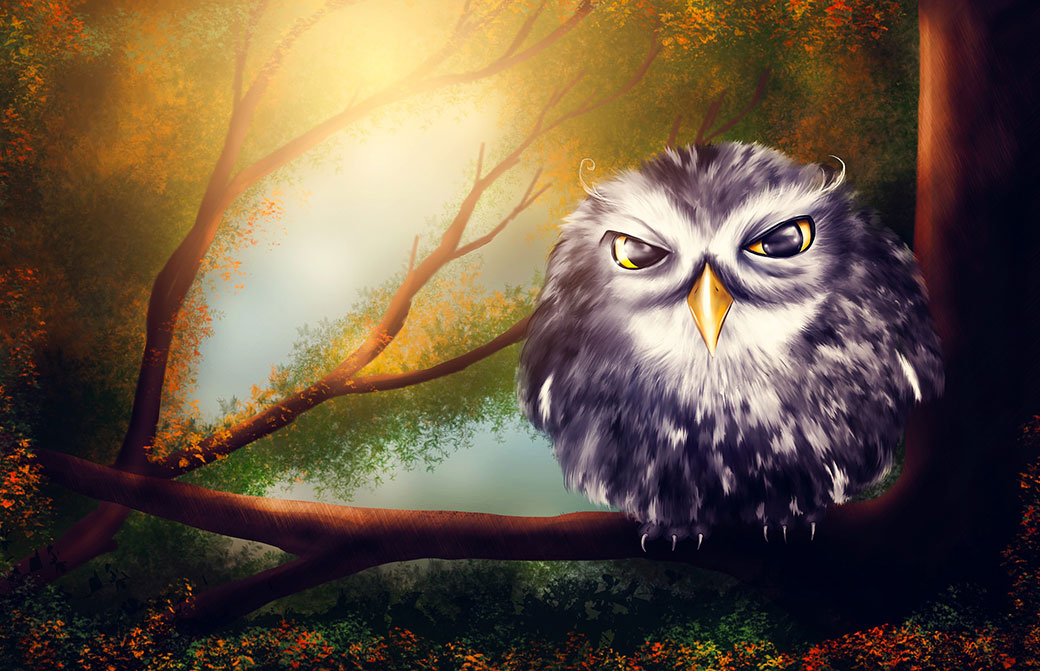 You got rhythm … in your brain, that is!  When the neurons fire rhythmically, they are better synchronized, more energy efficient, and better at moving information across the synapses.  Just think how well the traffic flows when the traffic lights are synchronized down a long street: the cars move at a constant speed, with minimal braking, which translates into fuel efficiency, less air pollution, and less wear-and-tear on the car itself.

The synchronized firing of neuronal clusters uses less energy and is more effective, because synchrony is essential to bring elements together in time.  Remember that I said before certain disorders are a result of slow cognitive timing, processing speed, and uncoordinated reaction time?  We can impose rhythm and synchrony onto the brain, by doing repetitive graphotherapy exercises rhythmically, and making sure that the strokes are evenly spaced and sized.  When we impose this synchrony, information flow in the frontal cortex is enhanced, which in turn affects our emotions, behavior (impulse control), attention, and learning.  Working memory is located in the prefrontal cortex, and said cortex is extensively linked to the limbic system (emotions), and the rest of the brain.

Many athletes are adept at using both their hands.  Tennis star Raphael Nadal plays tennis with his left hand, and writes with his right hand.  Another tennis star, Maria Sharapova, is naturally a leftie, but plays tennis righthanded, although she still throws and kicks with her left hand and foot.  Teaching dyslexic children to swim helps to balance their brain hemispheres due to swimming’s ambidextrous nature.  So, in the name of a balanced brain, bigger corpus callosum, improved concentration and fine motor skill abilities, let’s exercise both hands with a few graphotherapy/braintherapy exercises.

Now that you know the ‘why’ for doing these exercises, here are the ‘where’ and the ‘how’:

These exercises can be done while you are watching TV, talking on the phone, in the classroom while listening to the teacher/professor, or any time that you are sitting idle waiting for someone or something.  Research has proven that if we draw repetitive doodles while listening to someone, our auditory recall improves by 29%. This may not sound like much, but if you previously remembered about 40% of what was said, drawing repetitive doodles may boost what you remember to 69%.  Doodles are also a great way to “warm-up” the brain and hands before attempting stroke changes (i.e. raising the t-bar or completing the y-loop).  Do these exercises for about 5 minutes with both hands before stoke modification exercises. In subsequent blogs I plan to discuss certain strokes in the handwriting and then offer graphotherapy exercises to improve each stroke. So stay tuned to this channel, because “a stitch in time will save nine” when it comes to changing some of your less convenient behaviors.

The following exercises are done

It is very important that the strokes are executed 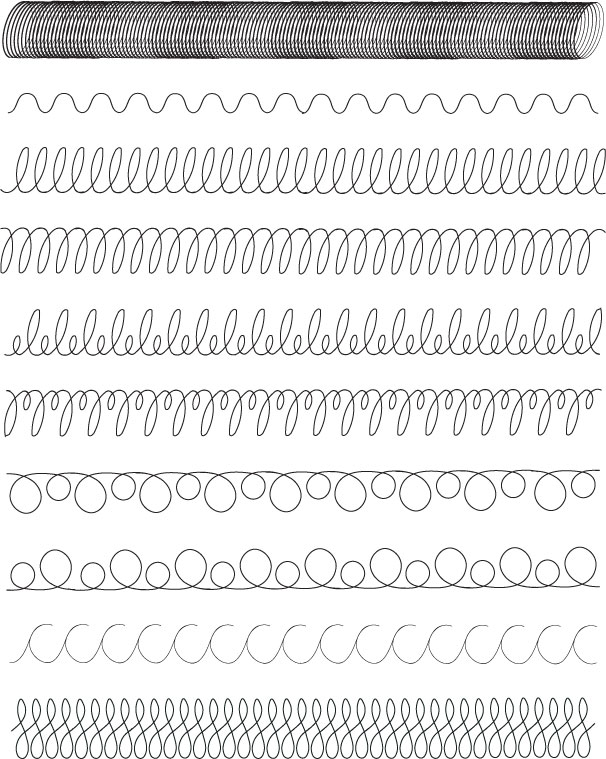 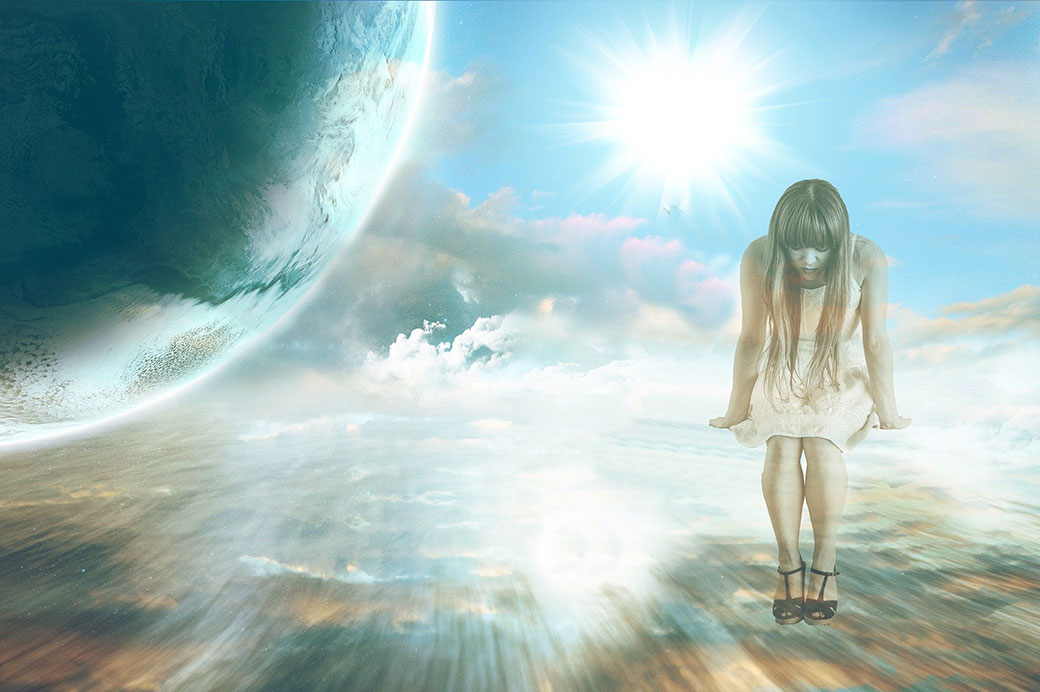 It is easy to sit up and take notice, however, the hard part is to take action.  Graphotherapy exercises can help us become more efficient and better thinkers, which is why graphotherapy is braintherapy. These exercises are the right step in that direction. So, please try the exercises in different situations and events.  Were you able to retain more information of what you had been listening to, or was doing the exercises more of a distraction?  Has your overall writing become more fluent as a result of doing these exercises?  Have your note taking abilities improved?  How about your overall concentration abilities and fine motor skills?

Just as learning our math tables make us more efficient at calculating numbers, handwriting exercises make us better and more efficient writers. Doing the exercises imposes a rhythm on the brain, resulting in the neurons firing and wiring synchronistically. Once the imposed rhythm becomes automatic, valuable working memory will be freed up, adding points to your IQ. So, in the words of the ambidextrous Leonardo da Vinci:  “I have been impressed with the urgency of doing.  Knowing is not enough; we must apply.  Being willing is not enough; we must do.”

Keeping in rhythm good for brain

“Handwriting in America: A Cultural History” Book review, by Dyas A. Lawson

“Don’t: The secret of self-control” by Jonah Lehrer 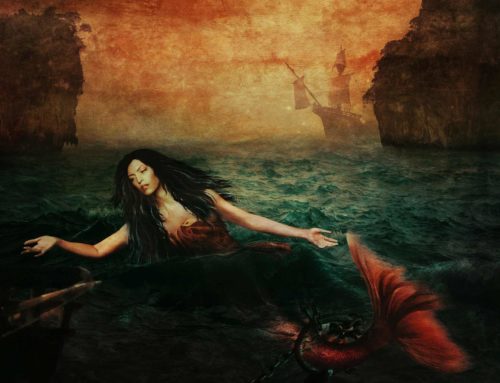 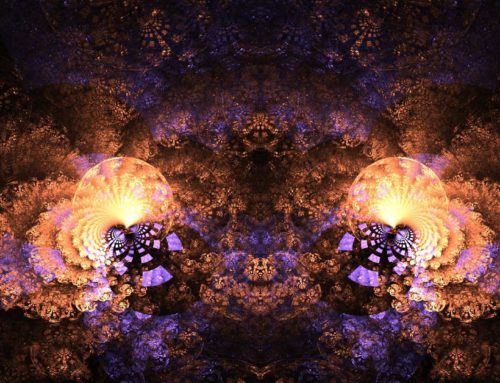 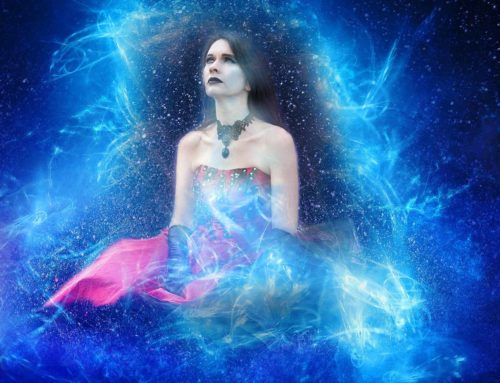 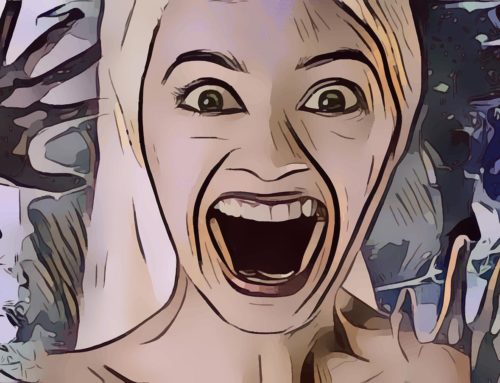 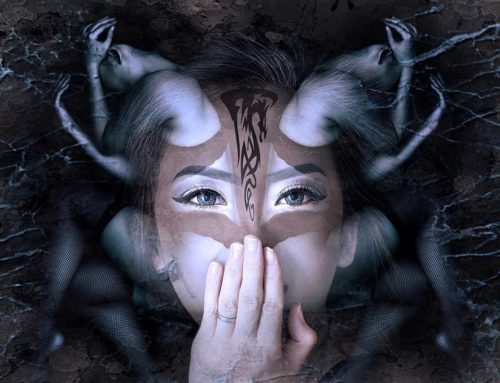